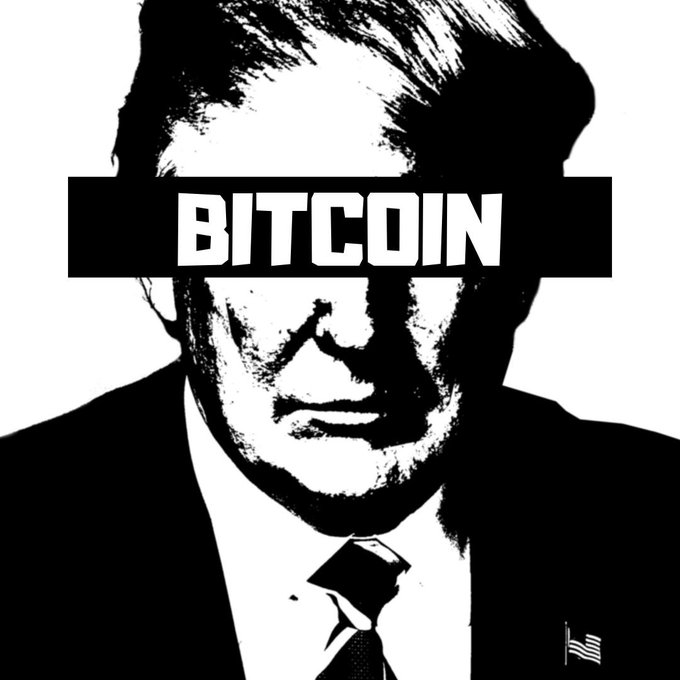 I’m not usually one to remark on the president’s tweets. But this is a ‘yuge’ exception. For the first time ever, a sitting US president made a public statement about Bitcoin.

Of course Mr. Trump is not a fan of Bitcoin…

Trump states that Bitcoin’s value is volatile. This is true. But it’s a special kind of volatility. Its a volatility that trends upward.

The yearly lows of Bitcoin’s price have consistently been getting higher and higher. For 10 years, the value of BTC has been trending upward and the rate at which it grows is increasing.

Bitcoin is volatile because it is a pure reflection of the market. Based purely on supply and demand. The value of USD is artificial. Set by the Federal Reserve and through a mess of unnecessarily complicated schemes like fractional reserve banking and federal interest rates, is the value of USD kept relatively stable. Albeit, the USD looses 1-3% of its value each year to inflation.

If you held Bitcoin for 3 years starting at any point since it’s inception, you have gained significant value. Imagine if you knew that your money would be worth more tomorrow than it is today! You’d probably save more of your money and only spend on what is necessary to live. If you saved it long enough, you might treat yourself to a new car, or nice house.

Oh no! What about the economy?! Surely, theres no room for economic progress under a Bitcoin-backed economy! Who would work, if their money was working for them?

It is true that the economy would suffer initially. But not in the way we’re used to seeing the economy suffer.

A Bitcoin economy would lower society’s time preference. We would make less stuff, but the stuff we did make would be of better quality.

Based on Thin Air?

Trump says Bitcoin’s value is based on thin air. This seems to be the case, until you start to dig in to what really makes Bitcoin valuable.

An artist sells prints at lesser price than the original. Limited editions cost more than the factory model. There will only be 21 million BTC.

Bitcoin is money to connect the world. Before BTC, sending money to another country was difficult. Sending BTC to my neighbor is no different than sending it across the world.

Banks charge fees to protect your money. People pay those fees. Bitcoin is secured by the fundamental laws of physics using math carried out by an astronomical amount of computing power. It’s getting more secure every day.

So you’re a Criminal then?

I can guarantee that more criminal activity is funded with USD than BTC. This is mostly because BTC is very easy to trace. There are methods to increase privacy with bitcoin but bitcoin is not yet private by default. It’s much easier to achieve sufficient privacy through in-person cash transfers.

Society is just starting to wake up to privacy cancers thanks to some royal goofs over at Facebook Inc. We’ve given up much of our privacy online but stop and think about how much we give away every time we swipe our credit card.

The fact that Bitcoin is used for criminal activity is a sign that it’s better at guarding your private data than PayPal or wire transfers. Private money is a tool just like free speech. You can use it for good like anonymous donations or protesting or you can use it to break the law like laundering money or yelling “fire!” in a theater.

The fact that our president is against such liberties as free speech money shows how far our country has deviated from its founding values.